Home » Casino blog » Do online casinos have a future?

Do online casinos have a future?

By Larry • Posted in Casino blog • No Comments

I wanted to think about this question in my new blog because I have been in the industry for years and I have already seen a lot of changes, mostly on regulations and casino interfaces.

So far I would say, both are developing in a good direction. When you think of the basic casino design in 2013, the sight wasn´t very pretty. Brands looked like that dark, weird pub in the alley where in order to get in, you need to cover your face so nobody would recognize you. Nowadays brands are shining in bright colours like red, pink and light blue. They have become mainstream. There are even casinos for women, such as Rose Slots.

Then there are brands who have these cute little puffy mascots, like Casumo. It might get hard for them in the UK because UKGC has a goal to make anything that kids could like – illegal. That, of course, is understandable. Nobody wants kids to get addicted to gambling. They are too young to make responsible gambling decisions.

When I think back the regulation changes during the years, it is like Wild West turning into a real territory. Most of the Western countries have chosen the licensing system like Spain and the Netherlands. The latest addition to this group will be Sweden, whose new license is coming available in 2019. 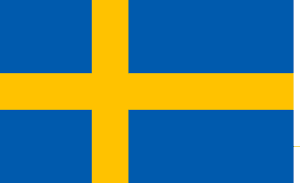 What makes Sweden´s situation interesting, is that many of the brands get their traffic from there and many of the brands cannot get their license for simply one reason – they are too bad. Most likely this situation leads to many casinos dropping out of the markets. This is good news because the dropouts will be brands, that shouldn´t exist at all. Tricky and made only to satisfy their owners´ pockets at fast speed.

UKGC will probably keep on the track it has chosen. That track has proved to be a good one. UK players have now the benefits of the most regulated casino license. Which means that a casino doesn´t have much space to screw up.

What I am afraid of, is that they´ll become too strict and soon they won´t grant the license to anyone.  Let´s hope it won´t go to that. Most likely it will not.

What will the future bring to online casinos?

One thing is for sure: If anyone out there is planning to put up a casino without going to do it properly, under heavy regulations, it might be a good idea to forget the casino.

Regulations are going to get more strict. Countries are creating their own licensing systems, which means that in order a casino to be able to operate, it would have to obtain the brand separately in each country it exists. This obviously requires a lot of money. Therefore, we will be seeing big,  international brands controlling the business. Pretty much the same situation that every industry has. The ones who have money to invest it will invest it to get into new markets. Those who don´t have money to buy even one license will die out. The good news is, that these casinos probably did not even deserve one.

Thinking from the design and game features point of view, anything can happen. What I would personally like to see, is live casinos really becoming live. What I mean is that you would have hologram dealers in your living room. Which hopefully would not see me in my underwear eating chips.

VR casinos we have already seen. Slotsmillion has one. It´s nothing spectacular, but still. They have one and that is quite cool.

VR can still develop a lot. Perhaps one day we just put the headset on, while wearing the underwear on our couch which is full of crumbles. Despite that, we would be all suited up in VR and we would hit the “live casinos” that way.

As you probably realized from my words, anything can happen in the future. Near future looks good. Tricky casinos are cornered and games look good. From my honest opinion, there shouldn´t be anything to be ashamed of if you play online casinos. Those days are gone.