Home » Casino blog » What is a casino license?

What is a casino license?

By Larry • Posted in Casino blog • No Comments

As you may have noticed, we talk a lot about licenses in our reviews here, but we haven´t really explained what is the purpose of those. Why are there so many of those and are there any differences between them?

As we are in the UK, let´s start by talking about UKGC aka UK Gambling Commission. Their license is by the way nowadays considered as the safest one towards the players and as the hardest one to obtain by the casinos.

Basically, a casino has to pay to UKGC to get a license. Since we are living the 21st. century in a modern country, pile of cash is not enough. The casino has to go through a very thorough inspection. This inspection includes everything: How does this casino manage withdrawals? How quickly they respond to a complaining customer? How do they deal with addicted players? These are just a few questions they will look into. We have seen many casinos going through the process and it takes a long time. Very long time. Sometimes it takes a whole year and guess what? It is still not sure, that they will get it. We have also seen many casinos being rejected, meaning, they will no enter the UK market.

This is why UKGC is considered as the hardest license to obtain. Because they simply won´t give it to just anyone who has enough cash. If they cannot do what they are required to do – no license. Simple.

Then there is the other popular license- Maltese license, granted by MGA. That one is considered to be a bit cheaper option and there is another thing. MGA thinks their license gives casinos an access to countries which are not regulated, such as Finland. Of course, Finnish authorities disagree. But there is not much they can do.

Till to this day, it has also been enough to enter Swedish markets, but starting from 2019, Swedish will have their own license. Many brands rely on Swedish customers, but might never be able to get their license. You can believe, that many brands are now in the panic mode about their future.

Many countries, like Spain, France, Netherlands and Germany have their own licenses. But, brands are allowed to accept German customers without their license, but they won´t be able to offer German´s favourite games. 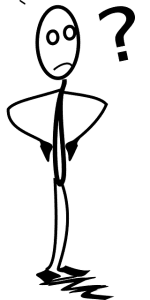 If you thought the whole system sounds weird, one more word about Finland. Even though Finland is not regulated, there is a monopoly company that is allowed to offer casino games to their citizens. Their monopoly is allowed to exist for one reason: They promise to keep people from playing. Well, I think we all know that is not how it goes so, Finnish government silently accepts other casinos offering their services.

Did you know, that in USA online casinos are generally completely illegal? Only some states like New Jersey allow it. Just recently though, many states agreed to allow online betting, which does not include casinos.

So, as you can see, the players here in the UK are under a good protection. There are strict rules which everyone has to obey. As you have just learned, it is not like that in most of the countries. It is like the unwanted guest that nobody knows how to deal with, so they just turn their backs on it. Meanwhile, let´s be happy with what we have here.

Read also about Gambling in Finland.