Cryptologic was one of the first companies ever to enter the online casino business. It was acquired by Amaya Gaming in 2012.

The company was founded in 1995 by two brothers, Mark and Andrew Rivkin. The original idea was to develop a secure way to transfer money online. After the Rivkin brothers accomplished that, they realised the potential in the growing business of online casino gaming. They launched their first online casino, Intercasino, in 1996.

After that Cryptologic focused on producing all kinds of casino products from bingo software to online slots. The company was listed on Toronto Stock Exchange in 1998. In 2003 they began trading on the London Stock Exchange.

As of 2012, Cryptologic ceased to exist since it was acquired by Amaya Gaming for $35.8 million. Cryptologic’s slots are still playable around the web, though some casinos might label them under Amaya’s name.

Below you will find a list of all the best casinos that offer Cryptologic slots. 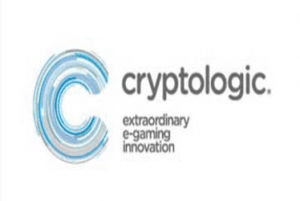 All Cryptologic slots with progressive jackpots: