ELK Studios is specialized in making slots for mobile casinos. Besides smartphones and other mobile devices, all their games are available for PC and laptops too.

ELK Studios has the ambition to bring the experience of playing on a mobile casino to a whole new level. So far that target seems to be achievable since the company has already published some high-quality slot games. Some slots worth mentioning are Taco Brothers and Bloopers slots. ELK has the potential to be a big game changer in the near future. Like many other new Swedish software providers, they value quality over quantity.

Many reputable casinos have ELK Studios games in their repertory. From the list below you will find the best ones of these casinos. 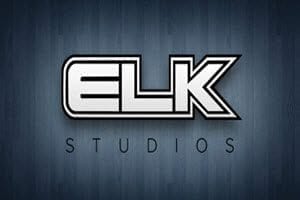 Founded in 2012, ELK Studios opened its office in late 2013 to push through boundaries in the online casino industry. From Stockholm, ELK Studios released its first 2 games The Lab and Electric Sam in the town of Engelbrektsgatan, Sweden. To entertain and maximize the players’ gaming experience, the studio kept its burning passion to create content. This passion earned them the privilege to be the supplier of the first mobile-first content among hundreds of licensed gaming operators and partners worldwide.

The studio focuses on quality over quantity by combining groundbreaking mathematics with amazing artwork to deliver high-quality products for various sites. ELK’s games have become one of the top choices by many players, especially those who are in the Nordic region. This is also thanks to its partnerships with some of the biggest platform providers and aggregators in the iGaming Industry. Many of its games can be found in almost all top online casinos especially its award-winning titles like the Wild Toro.

For its customers’ assurance regarding their safety, ELK studios applied for a license in the UK as ELKAB Studios AB. Thus, the company is licensed and regulated in Great Britain by the UK Gambling Commission under its account number 40844. At the same time, ELK Studios Malta Ltd is licensed and regulated by the MGA or Malta Gaming Authority. This allows ELK to supply Type 1 gaming services under a B2B Critical Gaming Supply License with license number: MGA/B2B/605/2018.

ELKAB Studios AB was also granted a Second Class License to produce and distribute specialized software for games (nr.821/15.05.2020). This type of license also allows the studio to manage and host facilities on the game platform (nr.820/15.05.2020).

As mentioned above, it was September 2013 when the studio was introduced to the world of online casinos from its office in Sweden. But it was not until October 2014 when The Lab went live, its first slot that was launched online. In December 2014, its second game with the title Electric Sam that is inspired by Frozen, and a Coca-Cola advertisement was launched.

In September 2015, the ELK team moved in at Vasagatan 40 and welcomed the new member Jeanette into the team. At the same time, the studio released the Taco Brothers Slot for tacos and freedom! In June 2016, Poltava was nominated as the “Game of the Year” at the EGR awards. Three months after that, they welcomed Yusi as part of their growing team. It was in November 2016 when the Wild Toro entered the area which captured a lot of players.

In January 2017, Elk Studios welcomed players to its new and fresh website. The very next month, all ELK employees traveled to London and visited the ICE Totally Gaming trade show that is held there yearly. In March 2017, the ELK team established a new office in Stockholm Central Station where about 250,000 people pass by every day. It was last April 2017 when the studio released Ivanhoe which is a modern retro slot that is optimized to offer one-handed gameplay.

In June 2017, everyone at ELK Studio enjoyed a nice dinner after a gun shooting day. Then in September 2017, the team had a “Get to Know-tour” for 3 days in Malta that focused on the gaming industry. In October 2017, ELK Studio’s Wild Toro Slot won the “Game of the Year” award at the EGR Operators Award 2017. The following year in February 2018, the studio exhibited at ICE for the first time and returned in February 2019. In November 2018, ELK won 4th place in Deloitte Fast50 Sweden.

In November 2019, ELK came in 19th place in Deloitte Fast50 Sweden and enjoyed great days at Sigma Malta ’19. The following month, ELK came in 9th place in DI Gassell as one of the fastest-growing companies in Sweden. For the 3rd time, ELK returned to ICE London 2020 to show everyone what they’ve been up to. In late 2020, the studio also came top 40 in DI Gasell in Sweden.

To start 2021, ELK went live in Italy with its Forza Italia. It was also in March 2021 when Bompers was launched with X-iter for the first time. In October 2021, the studio’s X-iter won the “Game Innovation of the Year” award by 5 Star Starlet awards.

When it comes to game development, the concept is the key for ELK Studios. The studio constantly comes up with ideas that can be transformed into different game concepts. Based on its team’s experience, the best game concepts always have a solid game model and a theme that can inspire many players. A strong match model defines the entire game so the studio works with statistical modeling and cloud-based computing.

ELK Studios also ensures that they work with big data to develop, refine, and verify its products. As for its stunning artwork, the studio guarantees crisp art with defined sound effects and smooth flowing animations throughout the gameplay. Its in-house studio doesn’t leave any room for shortcuts to ensure that the final result is a high-end product.

ELK Studios is a studio that focuses on creating slot games that are not only entertaining but also award-winning. You can only find video slots in its portfolio. Even though not all title and math model in its portfolio suit every player, the studio continue to innovate its products and services. Thus, rest assured that its games are not only designed to display high-quality graphics on desktops and laptops but also on other devices.

Its mobile-first games can compete with the games from other leading providers. From its art renditions, animations, and sound effects, the true beauty of its games can be easily seen. So, let’s check out the ELK games that you can find in online casinos using this table:

Just like other studios, ELK Studios maximize different technologies to ensure the quality of its games. This includes detecting the specification of the players’ gaming device, speed, and even its connection to adjust the game’s settings accordingly. This way, players can enjoy a seamless game experience that can fit their various playstyles.

Level Up with ELK Compete!

With ELK Compete, operators can run multiplier tournaments as well as individual challenges on any of its games. For players, this provides visual gratifications that play a key role in achieving point milestones throughout the game until they hit huge winnings. Then, players can display their achievements and follow their progress using the in-game’s featured flow and leaderboard.

Operators and parters that feature ELK’s games can run ELK compete as it works as an overlay to the studios’ original game clients. Most importantly, this feature doesn’t require any additional development or integration to work. Setting up your preferred tournament will take just a few minutes!

ELK Compete can be customized with different themes or events and it supports player segmentation. If you’re an operator, you can simply choose the promotion you want to open for all players or invite selected players to join. A promotional code can be applied here or a list of players’ names can be uploaded to pick them.

ELK Studios is no doubt one of the leading software providers in the iGaming industry that continue to surprise the world. Known for its mobile-first slots that are supplied to the top gaming operators and partners worldwide, ELK Studios remain loyal to its principles. The studios’ focus on a solid math model, art, and technology help them produce high-quality products that can keep player coming back for more.