When it comes to games that deliver premium quality especially in slots, Rabcat is one of the top names on the list. Rabcat is a fast-rising studio that is based in Vienna, Austria. Over the years, Rabcat has successfully established a solid name in the industry and stand among the crowd for two decades. Widely known as a producer of slot machines, Rabcat also ventures into other online casino games to widen its reach.

From Austria to the international iGaming industry, we will take a closer look at the world of Rabcat with its achievements and portfolio. 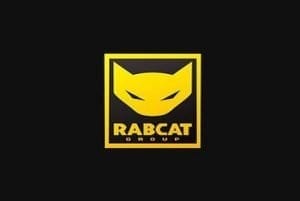 Founded in 2001, Rabcat is one of those software developers that provide casino games in various online casinos. Rabcat also supplies 3D content to partner with the leading companies in the global market such as Atari, Microsoft Studios, Disney Interactive Studios, and even Rockstar Games.

Although the company established its brand as one of the leading and most dedicated developers, in the international iGaming industry, they continue striving. Pushing boundaries as Rabcat Gambling, they strive for the top quality and the novelty in each product they create. This can be seen clearly in its portfolio of games that include video slots, table games, and state-of-the-art 3D games.

All of their games are designed with its trademarks that include unique game mechanics and themes. This is thanks to their great team with 50 talented professionals from 8 countries around the world. The studio also uses the Quickfire platform from Microgaming to distribute their released games. Therefore, online casinos that offer games from Microgaming can also offer you games from Rabcat.

But the biggest reason why this studio reached the spotlight fast is due to its remarkable graphics and soundtracks. In fact, the company has its own Rabcat GameArt division which is a separate company that ensures its games’ uniqueness and performance. After all, Rabcat GameArt focuses on specializing in the production of top-notch art and animation for the international video gaming industry.

Since Rabcat is one of the top casino game and software suppliers in the industry, we collected their most significant achievements to date. From its founding date up to the present, Rabcat keeps on excelling in its journey in the gambling industry.

Aside from the partnership with Microgaming and other huge names in the industry, Rabcat also partnered with the win2day gaming platform. In case you haven’t heard of this name, it is one of those multi-channel platforms that operate together with Austrian Lotteries and Casinos Austria AG.

Rabcat’s game products range from video poker, various table games, and of course, video slots that are made using HTML5 and Flash. Using the latest technology, all Rabcat games feature unique designs that are emphasized by outstanding visuals throughout the game. This also made it easier for the company to integrate its games with one of the leading software platforms in the gambling industry.

For instance, Quickfire is one of those software platforms that also deliver games from Microgaming. Thus, Rabcat is one of those game developers that guarantee quality over quantity so don’t be surprised to see the size of the portfolio. Compared with other developers in the industry, Rabcat has a smaller portfolio but is full of premium online casino games like the following:

Believe it or not, Rabcat already produced award-winning content despite its portfolio’s size. For instance, its Legend of Olympus Slot was awarded the “Best Game of the Year” by the Austrian Lottery in 2011. Its Castle Builder Slot also received the “Best Game of the Year” award by the eGaming Review last 2013. Some of its top titles include the Robin of Sherwood, Classic 243, Moby Dick, Penguin Splash, and Gnome Wood.

When it comes to the table games, Rabcat doesn’t really brag about it since their products are marketed under Microgaming’s brand. Still, Rabcat already produced a couple of titles for poker, roulette, and blackjack that you might have played already. Thus, this game software provider is more known as a slots-first studio. We haven’t seen any incorporation of progressive jackpots to its slot games but we’re hoping that they can add that up one day.

As for its video pokers, Rabcat released less than a dozen titles only which include 3D Joker Wanted. This game has a Wild West theme that features bonus games, wild cards, and of course, the studio’s signature impressive graphics. This is to compete with other poker games that usually have a plain and old-school look which can be boring. Thus, Rabcat aims to change that by offering a video poker with more appealing visuals that can also attract new players.

Rabcat runs in one of the most competitive industries worldwide and they continue to strive with the help of their strong partners. All their partnerships made their cross-platform portfolio available through their B2B partners:

Also, their games are distributed by the most successful online casino operators that include the following:

So far Rabcat hasn’t developed any slots with progressive jackpots.

Despite being a smaller company compared with its competitors, Rabcat is a successful brand that managed to gain a fan base. They are one of those companies that prefer impressing their fans with a small but solid game portfolio. By putting quality over quantity as their way to compete, the overall quality of their products is not compromised.

Thus, Rabcat is no doubt one of the best brands out there when it comes to casino games especially with slot games. After checking out some of their releases, it is not surprising to see that their fans are looking forward to more unique games.